How to know Quang Binh traveling, things to know more about it

In addition to famous landmarks here such as Thien Duong Cave, Hang En, Hang Sang, Hang Dark, Quang Binh also has many lesser known landmarks. It may be the Cha Lau cave, and it can also be said that this cave has the imprint of General Vo Nguyen Giap.

The beauty of caves

Must go through the villages located deep in the forest, weaving through the Bru Van Kieu ethnic village. And continue walking another 800m is the base of the cave to start the journey to explore the cave system here.

Going through the lush green fields, the blooming bananas of bananas along the walkway are the pretty little stilt houses, a large cave shop appears in front of you. The cave door is narrow with an area of ​​only 4m2 and many traces show that people have been here. The stone fence was solidly built, but behind it a whole new world appeared.
The cave is arranged with 3 floors, from 30 to 100 meters wide, up to 60 meters high, in many places up to 100 meters high.

Due to its high silicon content, when light enters, the stalactites glow, glittering strangely. Inside the cave are small lakes, with many living animals such as crabs, spiders. 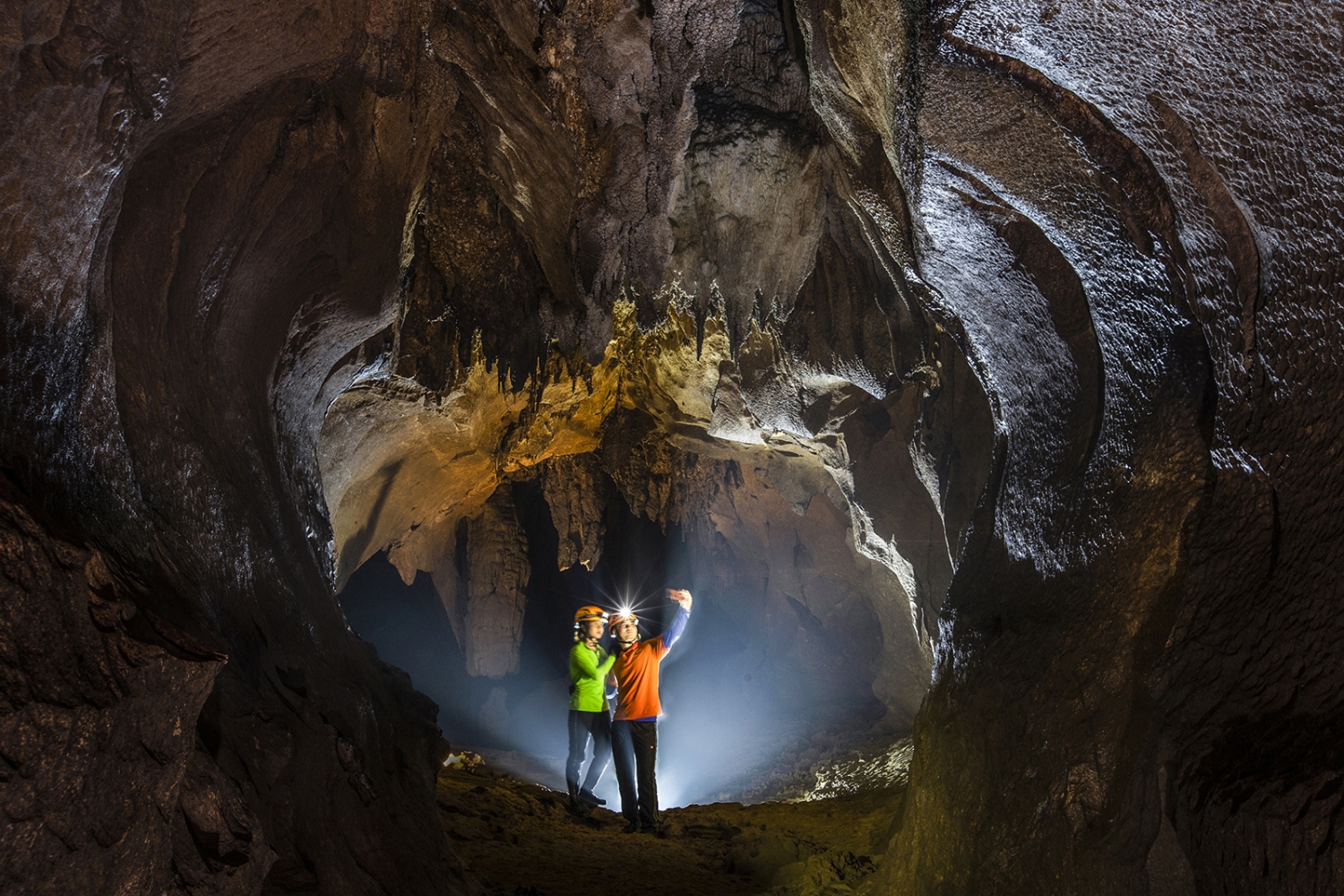 The expedition in the cave

The temperature in the cave is always maintained at 22 degrees celsius, with the water of the underground river always blue. Deep inside to explore the cave, visitors will be able to swim, climb steep cliffs, crawl, etc.

Before exploring this beautiful cave, visitors will be provided with the equipment and supplies needed.
And when you set footsteps into the cave entrance, is a stream of fresh and cool air. And at that moment, a large space appeared before the eyes with countless stalactites, different colors and shapes.
The ceiling is soaring, hanging down as stalactites like giant chandeliers of all shapes and sizes

The second floor of the cave is only suitable for adventurous people and can be said to be in good health. The solid stones stacked on top of each other form huge fortresses.
Further into the cave is a small, flat ground. And there is also a small stream flowing day and night creating clear, freshwater lakes. It is inhabited by fish, shrimp, etc. with a special transparent color

Admire the tunnel of love

Due to the movement of the flow and the change of geology, the cave bed forms a long pipeline. It is shaped like a heart in Cha Loi cave, so visitors also set the path in this cave as the path of the heart.

In this Quang Binh land, besides the stone caves deep in the ground, there are also beautiful villages. The peace of the village, lovely stilt houses, cultural identity is still intact. The atmosphere is fresh, leave behind the noisy streets and come to Quang Binh traveling, things to know more about Cha Loi cave